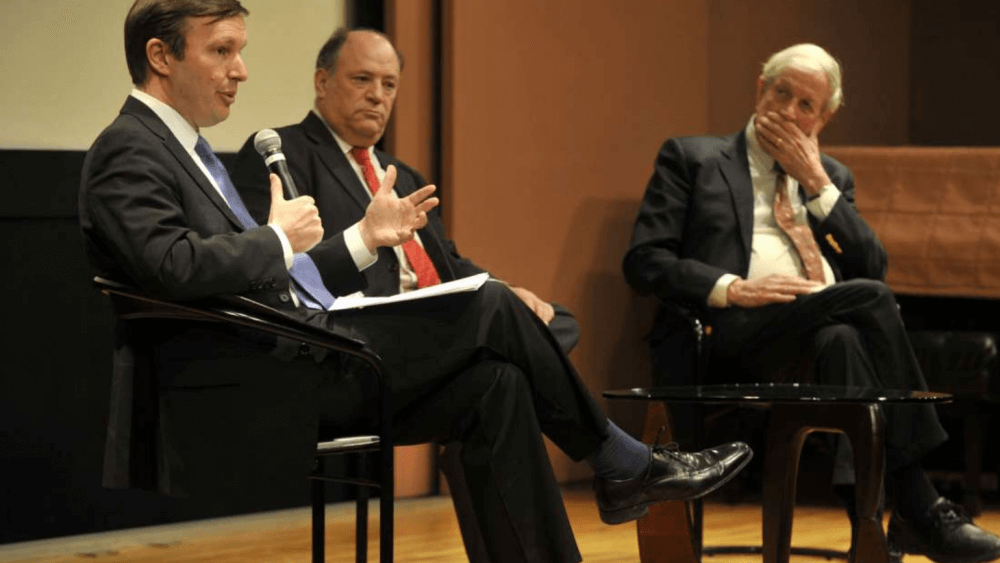 While many local residents spoke out Wednesday night at U.S. Sen. Chris Murphy‘s forum on the sanctions against Iran, one man’s comments got the most attention. Serge Vinograd, of Fairfield, who survived the Holocaust during World War II, subtly compared Hitler with Iranian President Hassan Rouhani and said the U.S. government is trying to “make a deal with the devil.”